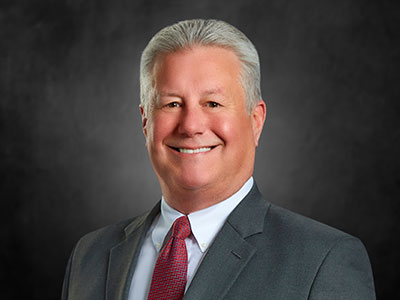 When it comes to employment law, we represent clients through all phases and types of employment issues, ranging from counseling employers on employer and employee rights and benefits, and the development of employee handbooks and policies. It is our philosophy that the employer who best understands the law avoids the potential for disputes and litigation. Hanaway Ross also has attorneys who are expert in handling most types of employment litigation on behalf of both employers and employees Read more...

Hanaway Ross Law Firm attorneys are familiar with many areas of business law. We work with business organizations, and their owners and managers Read more...

Terence Jon Bouressa (“Terry”) has represented individuals and businesses in Green Bay and surrounding communities for over 30 years. In his years of practice Terry has provided advice and representation to those who have been harmed as the result of an injury or by another’s failure to fulfill their legal obligations.

Areas of practice include personal injury, employment disputes and municipal law. Additionally, Terry has represented individuals and businesses in litigation arising from contracts and business disputes, real estate transactions, construction projects and other controversies, before arbitrators, municipal boards and committees, tribal courts, state administrative agencies and courtrooms throughout Wisconsin. The experience Terry brings to your legal matter, together with Hanaway Ross team and resources, provide you the best opportunity to be successful in your legal matters.

Terry is a graduate of Kimberly High School, the University of Wisconsin Oshkosh and Pepperdine University School of Law. While managing an active practice and raising a family, Terry coached and judged mock trial and serves nonprofits as a member and director. Additionally, Terry served as  a member of the Wisconsin Supreme Court Preliminary Review Committee and as a Special Investigator for the State of Wisconsin Office of Lawyer Regulation, which provides a unique perspective for interpreting the rules which govern the practice of law in the state.

Locally, Terry has served as an Officer and Past President of the Brown County Bar Association. A long time Green Bay resident, Terry supports the West High School Wildcats, is a stockholder and season ticket holder for his beloved Green Bay Packers, while enjoying life in beautiful northeastern Wisconsin with his wife Julie, his four children and two grandchildren. Your referrals are welcomed.