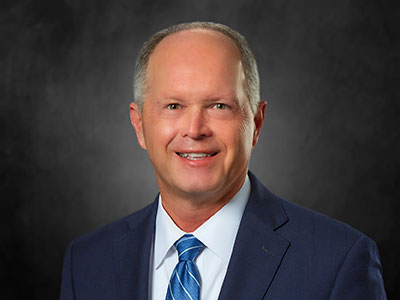 In the area of criminal and traffic defense, Hanaway Ross attorneys represent clients who have received traffic tickets and who are under investigation for, or have been charged with criminal offenses. We do this on a selective basis, and we will evaluate your case to see if we think we can be of assistance to you. We are not a high volume criminal/traffic defense law firm; rather, we handle these cases when we believe we can make a difference for our client. Read more...

Brian Maloney grew up in Green Bay, Wisconsin. He received a Bachelor of Business Administration degree from the University of Wisconsin in 1981, and received his law degree from the University of Wisconsin Law School in 1984. From 1984 to 1986 he was Assistant District Attorney/Assistant Corporation Counsel in Oneida County, Wisconsin. On June 19, 1986, he was appointed Oneida County District Attorney by Governor Tony Earl. He was elected District Attorney twice before entering private practice in 1989. Since 1989, his practice has focused on civil and criminal litigation, primarily representing people injured in accidents or accused of committing crimes. His civil litigation experience includes car accidents, dog bite cases, and wrongful death cases. He has tried over 100 jury trials.

In 2019, Brian was elected to membership in the American Board of Trial Advocates (ABOTA), which is a national association of experienced trial lawyers (equally balanced between plaintiff and defense lawyers) and judges. An invitation-only organization, it requires any prospective member to have 5 years of active experience and to have tried at least 10 civil jury trials to conclusion. There are only 83 ABOTA members in the Wisconsin Chapter.

In 2020, Brian was named a Super Lawyer in the plaintiff’s personal injury area of practice in SuperLawyers magazine. He has appeared on Court TV as a legal analyst.