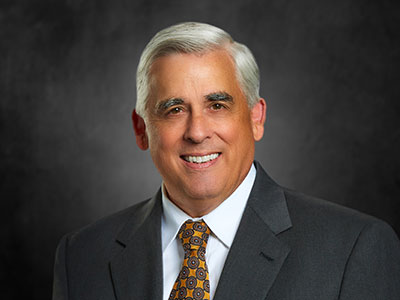 Well known and respected trial attorney Bruce R. Bachhuber is the senior partner at Hanaway Ross Law Firm. A native of Wisconsin, he graduated from University of Wisconsin-Green Bay, with honors, in 1978, and from University of Wisconsin Law School, with honors, in 1983. Bruce has tried numerous complex civil litigation cases, and over the course of more than 35 years has helped individuals and their families cope with injuries or death resulting from auto accidents, defective products, unsafe premises, and civil rights violations.

Bruce served as President of the Wisconsin Association for Justice (WAJ – formerly Wisconsin Academy of Trial Lawyers) in 2004, and has served on the executive, program and legislative committees and as a regional officer for WAJ. He remains a member of the WAJ Board of Directors.

In 2015 Bruce served as Chairman of the Litigation Section of the State Bar of Wisconsin, a group composed of an equal number of plaintiff and defense lawyers interested in the development of tort and insurance law, and dedicated to the continued preservation of trial by jury.